Georgian Case in the European Union 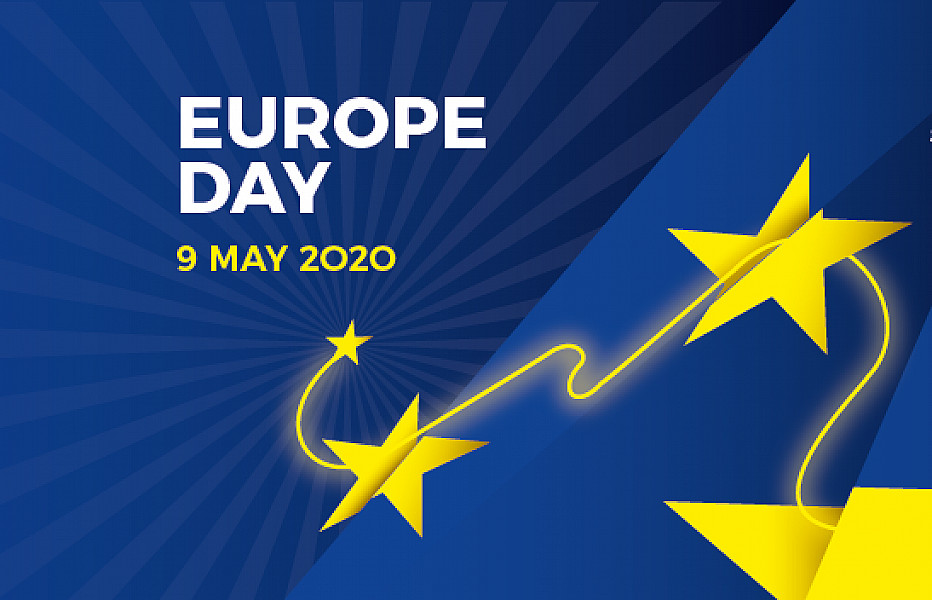 They say that ‘if the European Union didn't exist, we would have to invent it.’ Indeed, the benefits of the European Project, which over the past 70 years have been tangible to citizens of both its member states and partner countries, including the citizens of Georgia, are invaluable. The COVID-19 pandemic could not stop us from marking Europe Day on the 9th of May, albeit remotely, and once again we have celebrated ‘United in diversity’ and are truly ‘#StrongerTogether’.

Exactly 70 years ago, on the 9th of May 1950, in order to strengthen a war-weakened Europe, the French Foreign Minister Robert Schuman formulated the idea of a Community of the European Nations when creating the European Coal and Steel Community (ECSC), and the Schuman Declaration laid the foundation for today's European Union. Over the past seven decades, the European project’s achievements have made it the world's best, most effective and functional model of a Community of Nations - not only for its member states, but also for its partners. The very first idea of the Schuman Declaration - Ensuring World peace - are the basis of EU foreign policy in our region, and Europe’s involvement in the peaceful resolution of the Russian-Georgian conflict and the de-occupation of 20% of Georgian territory occupied by Russian military forces is indeed essential.

Today, just like 70 years ago, the European project’s main goal remains to ensure security and prosperity for the nations of Europe. This time, however, the challenge is neither military nor diplomatic, but is instead the new coronavirus pandemic and its economic consequences. The new world agenda, between the geopolitical effects of Brexit on one hand and the COVID-19 pandemic on the other, has brought the EU face to face with the need for greater political and economic sovereignty. The coincidence between this reality and the national interests of Georgia - one of the Union’s most reliable and loyal partners - makes the prospects for mutually beneficial co-operation better than ever.

Yes, Georgia has never been so close to the European Union as it is today. Not only because the goal of EU membership is favoured by 80% of Georgia’s citizens, and this civilized choice of Georgian nation  is even enshrined in the country’s constitution or not only because it is historically based on common European values such as respect for fundamental human rights and freedoms, democracy or equality; The value that the Georgian state attributed to human life was defined as early as the 12th century, when the country officially abolished the death penalty. Georgia has no history of anti-Semitism and in line with the 800-year-old Georgian adage that ‘the lion's whelps are equal, be they male or female,’ in 1919 Georgian women were among the first in the world to enjoy the right to vote and be elected to parliament (a mediaeval version of which Georgia knew as a ‘hall’ in the 12th century);  And nor is it because with her ancient 5th - century script, Georgia has always been a crossroads of dialogue between cultures and civilizations and her unique culture occupies a prominent place in the history of world civilizations. Nor will I stop on the history of the Georgian people's struggle for such a supreme value as freedom, where Heinrich Böll rightly remarked: ‘Were it not for Tbilisi, a mosque might have been built instead of a temple in Vienna, as Jalaleddin, Genghis Khan and other Oriental sultans and shahs have been fighting for Tbilisi’s citadel for centuries. Tbilisi always stood as a fortress for Europe.’ No, there is more to it than that: specific facts about 21st-century Georgia that makes it natural to return to its Common European family.

Georgia currently ranks 7th (of 190 countries) in the World Bank’s ‘Ease of Doing Business Index’, and Denmark (at 4th) is the only EU member with a higher rank. The country ranks 12th (of 162) in the Fraser Institute’s ‘World Economic Freedom Index’, only overtaken by EU member states Ireland and Malta. Georgia has also made very significant progress in the fight against corruption, ranking 44th (of 180) in Transparency International’s ‘Corruption Perceptions Index’ alongside the Czech Republic, Latvia and Costa Rica. Georgia ranks higher than eight EU countries (Malta, Italy, Slovakia, Greece, Croatia, Romania, Hungary, Bulgaria) and all of its partner states of the Western Balkans and the Eastern Partnership. According to the World Bank, Georgia's poverty rate has fallen sharply, halving from 32% in 2006 to 16% in 2017. In addition, the 2020 Freedom of the Press Index published by Reporters Without Borders ranks Georgia 60th (of 180), ahead of EU member states such as Poland, Greece, Malta, Hungary or Bulgaria as well as, once again, all its partners in the Western Balkans and the Eastern Partnership.

Strengthening democratic institutions and successfully carrying out an anti-corruption policy are preconditions to creating an attractive business environment in Georgia. In the aftermath of the pandemic that began in China, Georgia’s location at the crossroads of two continents presents the EU with a unique opportunity to pursue a competitive, truly European economic policy as a new world economic agenda is shaped. Beyond that, however, there is another thing that distinguishes Georgia as a partner country of the European Union: the country’s ranking in terms of human capital and innovation is proof of its great potential for long-term growth, productivity and employment. Georgia currently ranks 48th (of 129) in the Global Innovation Index, alongside (almost) Ukraine and ahead of all the other countries of the Eastern Partnership and Western Balkans (except Montenegro).

Beyond all these points, having turned out to be one of the most exemplary countries in the world in terms of fighting the current pandemic, Georgia is the first country in the world to reopen its tourism industry and has the potential to share its experience of healthcare policy and sanitary crisis management with the EU’s member states. Moreover, the European Union—which under Article 168 of the Treaty on the Functioning of the European Union is not authorized to define a common European health policy, which remains the exclusive competence of member states, and can only contribute to the development of national health policies—is currently facing the need for structural reforms in order to revise its competence in the field of public healthcare policy.

The idea that ‘Europe will not be made all at once, or according to a single plan. It will be built through concrete achievements’ expressed in the Schuman Declaration is as relevant today as it was 70 years ago. Given the unprecedented challenge that the new coronavirus pandemic poses to the world, it is important for Georgia and the European Union to take advantage of this historic moment to take mutually beneficial concrete steps. The EU has shown the capacity to be non-linear at historically crucial moments, the best illustration of which was perhaps the unprecedented decision in 2004 to ‘unite’ Eastern and Western Europe and admit 10 new member states simultaneously. The EU can also be flexible when integrating states: although it treats all 27 of its members equally, some of them are only partially integrated and are not part of the Eurozone or even of the Schengen Area.

It is therefore perhaps time that, on one hand, Georgia began preparing her candidacy for EU membership, and on the other that the European Union, beyond the Eastern Partnership format, offer Georgia, a leading country among the members of the Eastern Partnership and of the Western Balkans, a flexible format for bilateral or even non-linear co-operation that would enable the EU to become a truly powerful and sovereign actor in the configuration of a new geopolitical and economic world.

Author:
5 Aug 2020
The new coronavirus pandemic is unprecedented not only quantitatively, by the scale of its geographical distribution, but also qualitatively: its impact on our world is multidimensional, encompassing public health, humanitarian, economic and geopolitical spheres. Its un...
Read more

Author:
11 Apr 2020
‘We are not forming coalitions of states, we are uniting men.’ Perhaps nothing expresses better than these words of Jean Monnet, one of the founders of the European project, the essence of the goodness of the European Union: the free movement of persons, recognized by t...
Read more