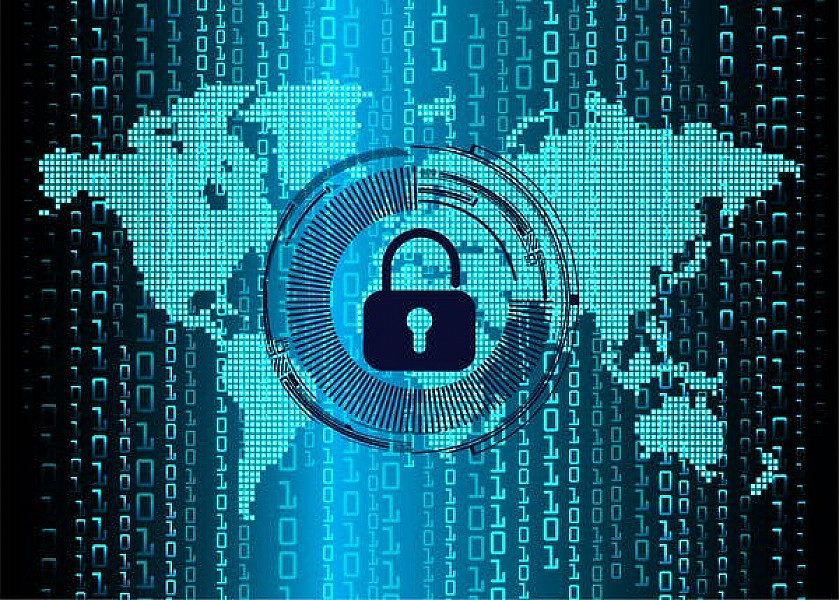 The new coronavirus pandemic is unprecedented not only quantitatively, by the scale of its geographical distribution, but also qualitatively: its impact on our world is multidimensional, encompassing public health, humanitarian, economic and geopolitical spheres. Its unpredictability makes it difficult to fully analyze and assess its global consequences, but there is no doubt that, since the end of the Cold War, geopolitical issues have never been as discussed among the general public as they are now.

Today we often hear the phrase ‘the Coronavirus has changed everything. After the Covid-19 pandemic, the world will never be the same again.’ However, it would be more accurate to say that the pandemic has not so much changed our socio-political life as completely stopped it and clearly underlined the importance of the need to solve all the problems that existed long before the virus came along; our attempts so far have been little more than statements rather than effective steps at national and global levels. A number of international organizations and research institutes had been warning that the world was at risk of a pandemic, and some scientific studies contained alarming findings, but only very few national governments had already prioritized healthcare or research before the emergence of the new coronavirus. In this sense, Covid-19 has not transformed geopolitics so much as intensified all the negative geopolitical trends that long predated the pandemic—most notably the weakening of multilateralism, the West and Western values, or the growing public dissatisfaction with international institutions.

In this context, we should first of all note that the weakening of multilateralism was to some extent encouraged by the political vision of the current US President, Donald Trump - ‘America First’, which resulted the withdrawal of the United States from a number of important international agreements and organizations which are exactly the “symbol” of the superiority of Western values and, in general, the power of the West itself. Among them, to note the US left the Paris Climate Agreement and UNESCO in 2017, the ‘Iran Nuclear Agreement’ in 2018, the WHO in 2020.

In turn, President Trump's foreign policy makes it easier for the People's Republic of China to consolidate its positions on the international stage and pursue its stated goal of becoming a truly global power. Thanks in part to its global infrastructure projects and technological progress, China has long enjoyed one of the fastest growing economies in the world, but her international ambitions go far beyond economic leadership: in the coming decades, Beijing aspires to become the world's superpower and to be able to dictate the world’s policy agenda. The best illustration of Chinese ambitions is perhaps the data of the 2019 Global Diplomacy Index , according to which China is today the country with the world’s most extensive diplomatic representation (276 embassies, consulates and permanent representations, having pushed the United States’ 273 into second place). Equally, China's activities on the African continent, which go well beyond trade and economic ties (Beijing is Africa's main trading partner), also ensure increasing support among African countries for Chinese candidates within international organizations. Just as noteworthy are  China’s military budget, which has doubled in the past 10 years, as well as the construction in 2017 of a Chinese military base in Djibouti, barely a few miles from an American one.

Consequently, it is already clear that China is pursuing a long-term strategy whose principal aims, besides becoming the world’s dominant economic actor, include becoming a global political leader. Yet although President Trump's foreign policy, largely based on unilateralism, is increasingly strengthening China, it remains difficult to imagine the US, as the world’s historical global leader, being passive on the international stage in future. Ultimately, the choice between the unilateralism of ‘America first’ or multilateralism will largely depend on the outcome of the next US presidential elections.

The weakening of multilateralism, as a truly Western value, is to some extent also the result of the growing distance between the US and the EU as strategic allies, and especially the lack of a clear shared vision of, for example, a common defense policy towards the Russian Federation. This, in turn, increasingly encourages Russia to pursue her own imperialist interests, and the hundreds of sanctions imposed by the United States and Europe notwithstanding, Moscow continues to occupy parts of Georgia, Ukraine. Here, too, the Covid-19 pandemic has clearly helped Russia achieve her aims: when the attention of the world was fully focused on preventing the virus from spreading, Russian Federation continued to intensify its illegal militarization of Georgia’s occupied regions and to take steps towards their de facto annexation, pursue a policy of ‘creeping occupation’ that grossly violates the fundamental rights of hundreds of local residents.

And speaking of Western values, it should be noted that the Council of Europe’s decision last year to restore the Russian Federation’s voting rights in the CoE’s Parliamentary Assembly, suspended in 2014 following Moscow’s annexation of Crimea, went against Western values.

In general, beyond the lack of practical steps to uphold Western values, the declining public confidence in international institutions is probably due to their lack of connection with citizens. For instance, “Brexit” is one example of the latter and the impact of Brexit on the European Union is a significant challenge, one whose problems are now compounded by the Covid-19 pandemic. The pandemic further underlined the need for the EU to reform its institutions, to gain more sovereignty in the spheres of health care and technology, and to develop research efforts in order to better address the challenges of the 21st century. In particular, the Covid-19 pandemic is also forcing the EU to face the need for greater self-determination: what does the EU represent nowadays? Is it more of an economic project, or more of a political one?

Among many other things, the pandemic has highlighted the need to review the EU's foreign policy, including with regard to the future of the Eastern Partnership. During the pandemic, the conflict that re-erupted between Armenia and Azerbaijan underlined the inevitability of both the need to differentiate future relations with the Eastern Partnership countries, as well as that to revise relations with Russia in order to ensure both security in Europe and a greater protection of European values.

In the context of Covid-19, the aim of Russian propaganda and disinformation campaigns was only to weaken Western values. It is therefore quite clear that the 70-year-old approach to making progress by taking small steps cannot address today's challenges: the current world agenda, less ruled-based and more chaotic, requires the European Union to act on a larger, more political and more rapid scale.

Given all this, in today's multipolar world in which the main geopolitical actors are the United States, China, Russia and the European Union, it is essential to strengthen the so-called Western camp, which mainly consists of American-European partnership for greater Westernization. On one hand, given the fundamental cultural differences between China's growing power and Russia's constant aspiration to increase its international influence, it is very unrealistic that the two will develop a strategic alliance on the same level as the American-European tandem; and on the other hand, unlike America and Europe, both China and Russia really lack the cultural and linguistic ‘soft power’ that would enable them to dominate the world and conquer people’s hearts.

Today, multilateralism is a necessity—not a choice. The Covid-19 pandemic has reaffirmed the fact that overcoming global challenges such as climate change, security, etc. can only be achieved through unity and timely preventive measures. In this new context, Georgia's successful management of the pandemic is an excellent example of timely prevention. Similarly, given the fact that fundamental human rights have been grossly violated by Russian expansionist policy for years; that Russia's foreign policy strategy has for years been resorting to various undemocratic methods in order to undermine the West’s values; that scientific evidence for climate change has been becoming increasingly alarming for years—it is obviously essential that the Western allies, Europe and America, further consolidate their interests and take timely and even radical measures to better protect Western values and better address global challenges.

As a strategic ally of the United States and Europe, Georgia must on one hand further strengthen its irreversible process of European and Euro-Atlantic integration, and on the other hand increase its diplomatic representation worldwide in order to better protect her national interests in today's multipolar and increasingly unpredictable world. At the same time, as the largest contributor per capita of troops to NATO’s international missions, Georgia should also contribute to efforts to address such global challenge as environmental issues—including, for example, by making the issue of the ‘Environment and Human Rights’ a foreign policy priority, as it used to be during its presidency of the Council of Europe. Similarly, ‘Green Diplomacy’ must be made a priority of international relations of the countries.

Last but not least, given the lack of preventive measures of global governance, mostly based on moderate solutions, Covid-19 has brought a stop to efforts to imagine a better world. It is therefore crucial that, instead of rapidly and unilaterally pursuing short-term goals, global actors adopt a multilateral approach, maybe slower but more fruitful—for, as Kofi Annan said, ‘The only route that offers any hope of a better future for all humanity is that of co-operation and partnership.’

By Lika Tchipashvili, Fellow Researcher at Geocase
5th of August, 2020

Georgian Case in the European Union

Author:
14 May 2020
They say that ‘if the European Union didn&#39;t exist, we would have to invent it.’ Indeed, the benefits of the European Project, which over the past 70 years have been tangible to citizens of both its member states and partner countries, including the citizens of Georg...
Read more

Author:
11 Apr 2020
‘We are not forming coalitions of states, we are uniting men.’ Perhaps nothing expresses better than these words of Jean Monnet, one of the founders of the European project, the essence of the goodness of the European Union: the free movement of persons, recognized by t...
Read more